{a mother's response to The Little Prince film}

I fell in love with the soundtrack to The Little Prince two years before finally watching the Netflix original. In that time I gave birth to a daughter.

The story centers around a little girl whose mother is going to extremes to ensure that she will become a good grown-up, AKA an excellent cog in the machine. She must secure a seat in Werth Academie and she must be worthy of that seat. During her summer of preparation she meets an eccentric old aviator, a grownup who, it seems, has never grown up. Through the entire film the child is conflicted, wanting to make her mother proud yet feeling a strange draw toward this old man and his story of a little prince.

The mother only wanted the best for her child.

My infant daughter slept in my arms while we watched. As the mother in the film set up her little girl for success I considered the ways I am doing the same.

While I tend toward the stark, straightforward aesthetic of the mother in the film, my own mother brought me up in an environment not unlike the one the old aviator calls home. When the little girl visits he stumbles around in search of the right word to describe himself. She offers a polite, "Collector?" before he blurts out, "Hoarder! Yes, that's what I am!"

My mother's wonderful hoarding tendencies allowed me to discover the wonderful world of textiles even though she did not sew or knit herself. Years later as a professional seamstress and award-winning knitwear designer, people were surprised to hear that my mother hardly had the skills to mend a tear. No, but she had other skills - those necessary to stoke the fires of creative passion in her children. I may choose to give my daughter a more peaceful, minimal home than I grew up in, but I am also excited for her to frequent her Oma's museum-library of a home.

Unlike the mother in the film, I am not afraid of my daughter chasing a different creative path than the one I might imagine for her. It is comforting to a mother's heart to see in her mind's eye a grown-up girl with feet firmly grounded, but if instead my girl wants to fly, I will encourage her to find wings.

The old aviator was strange and alone.

Next-door to the girl's cookie-cutter house stood a rickety old-fashioned home. The owner was a lonely eccentric with a little story he wanted to share; the first page arrived in the form of a paper airplane.

Gawking was the only sort of attention anyone paid the man. He sat on one side with his childish creativity intact, everyone else sat on the other: cogs in a corporate machine. But are these extremes the only options?

The little girl bridged the gap, arms reaching for the best in both worlds.

Child-like wonder on the one hand, order and purpose on the other. As the old man said at the end of the film, "She's going to become a very good grownup."

Unlike the lost boys of Neverland, this film left me with a hope that balance is possible. The little girl embraces her destiny as a student at Werth Academie, yet carries with her the picture of an elephant swallowed by a snake that grownups only ever assume is a common hat. The old man has grown old and will soon die but he has inspired her to live life more vibrant than that found within the gray walls and tidy desks of Werth Academie - or the workplace for that matter.

I want my daughter to grow up to be like the little girl.

He is rather like the eccentric neighbor, and not only because of his long beard. He tells our daughter stories.

When I married him I had our children in mind. I chose a daddy for my daughter before she was born who would inspire her with tales of fire and gold.

Our dream for our little girl is neither the cold existence of a 9-to-5 with sleep in a cookie-cutter house as bookends for her day nor the cold shoulder offered to lonely eccentrics. We wish to inspire our daughter to be a leader.

No, we do more than wish it! We work to teach her ourselves the wonder of a rose, the risks and rewards of taming and being tamed, and a hope of facing life - and death - without fear. 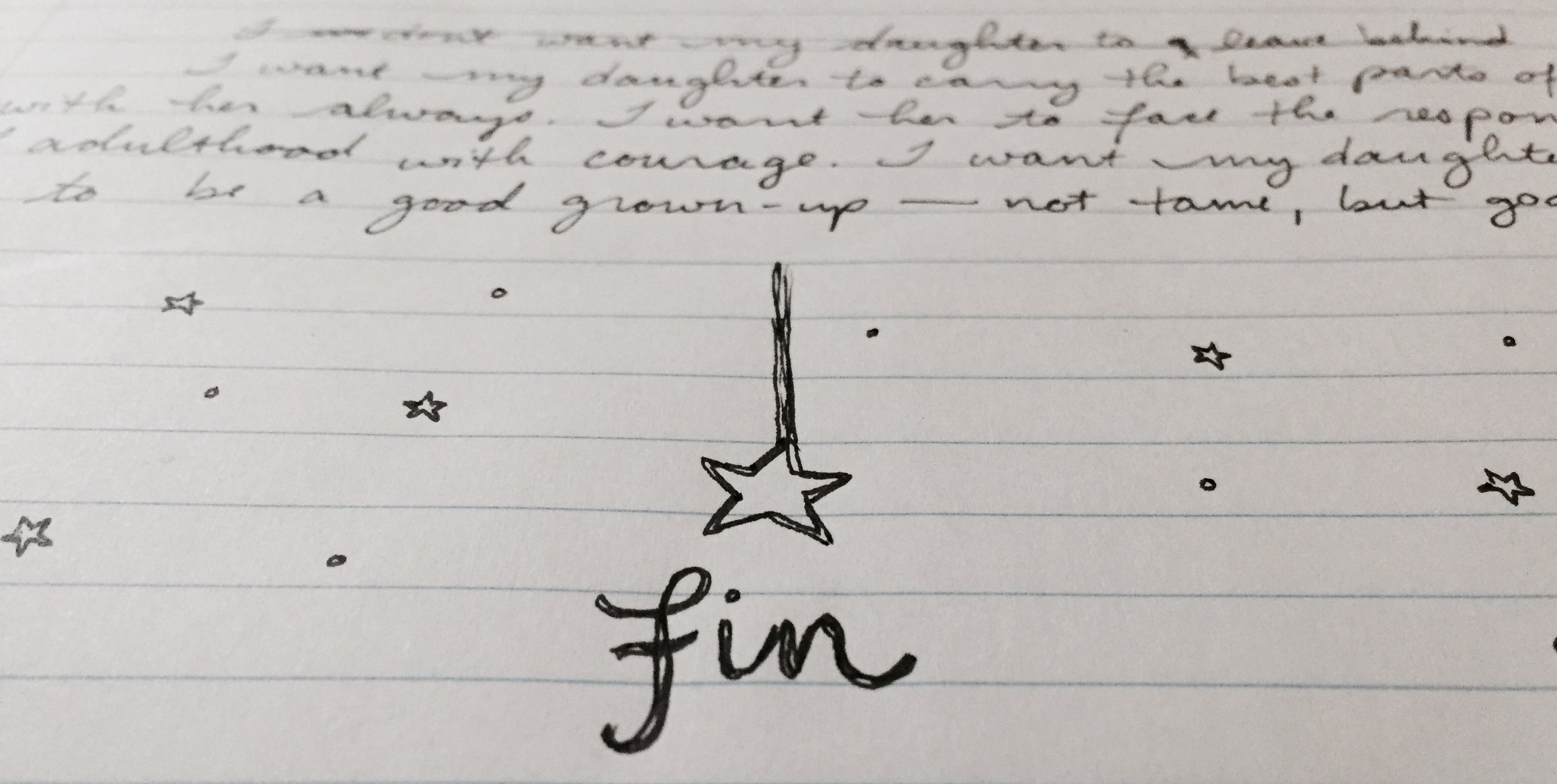