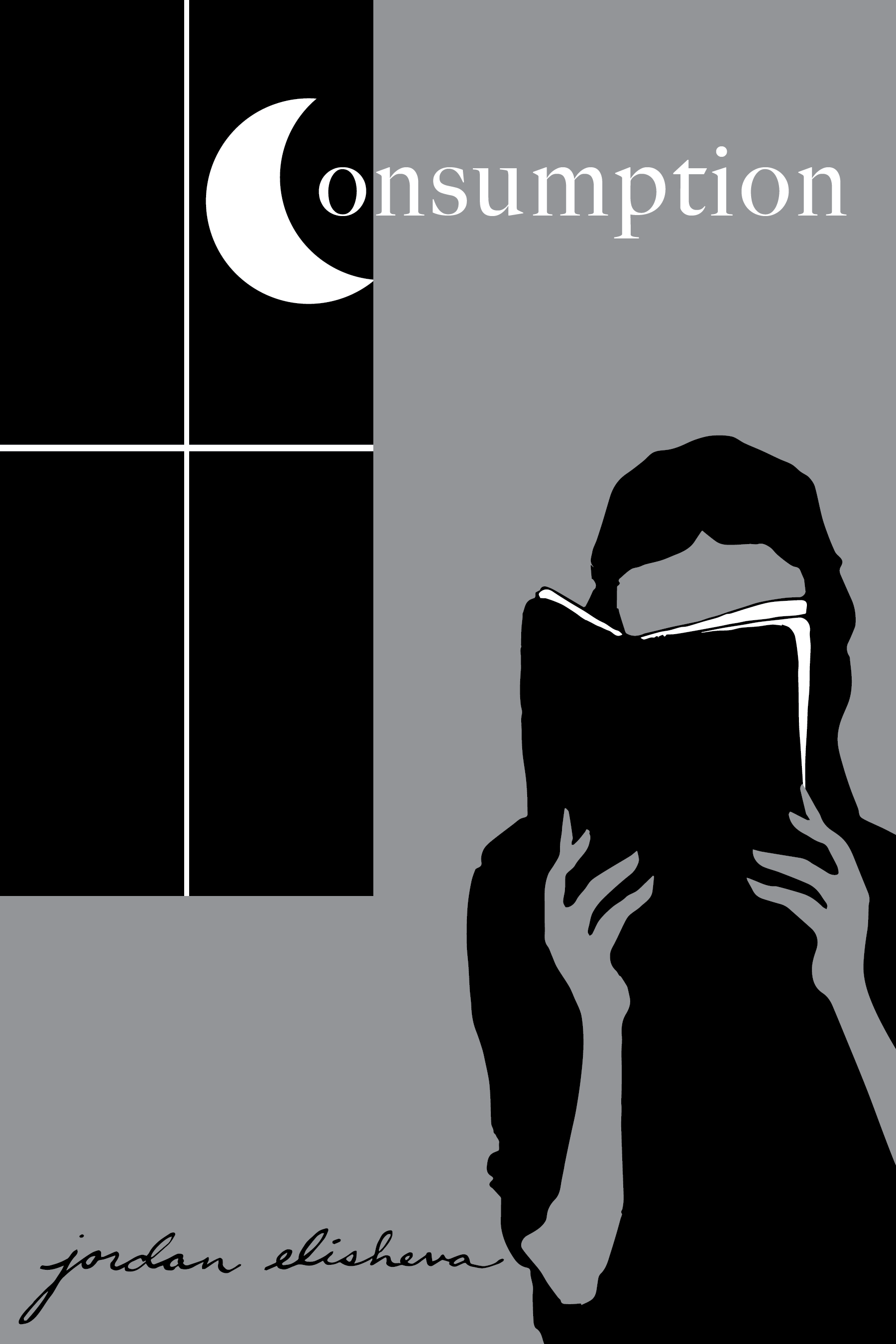 Getting lost in a book was Karina’s salvation, a harmless drug that allowed her to escape the dark reality of life with OCD and anxiety. Her grandmother got her hooked from a young age, sending a new book with every new moon.

Two weeks after her eighteenth birthday, the 223rd book appeared on Karina’s doorstep. A note from her grandmother introduced the leather-bound volume as The Book.

Karina put off opening The Book until one terrifying night when it was the only escape within reach. From that moment onward it consumed her. Usually the act of closing a book jolted her back into sick reality, but The Book stayed with her even when she shut it. The Book became her life.

Consumption is a novel of vignettes, the first of which took place under the full moon on December 13, 2016. Read the first few vignettes by {clicking here} and subscribe to the email list below to have the latest updates delivered to your inbox: